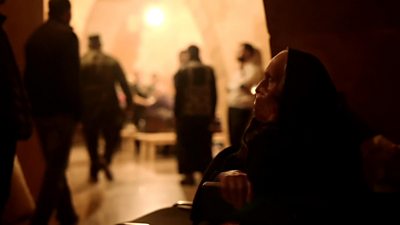 Half the inhabitants of the disputed territory of Nagorno-Karabakh have been displaced by combating.

On either side of the battle, Armenian and Azeri civilians have been killed.

Inside hours of a brief truce agreed in Moscow, recent shelling was reported by each Armenian and Azerbaijani forces.

This isn’t a spiritual warfare, however many Armenians are sheltering in church buildings and concern they could be shelled.

Gary Peters, in a primary for a U.S. senator, shares his ‘painful and traumatic’...